Sophie was a once is a lifetime foundation Bitch. She was one of a all Champion litter
which nominated her dam (Wil-Orion’s Freedom Choice) ESSFTA’s Show Dam of the year 1987. From Sophie we have developed two lines, which we are now able to cross in our younger generations. Sophie is the dam of five Champions, four of which are Specialty Winners.

Lindsay finished her Championship by the time she was sixteen months old with
Specialty wins and a National placement all owner handled. Lindsay is the Dam of four Champions, all four were multiple Specialty winners sired by Ch Eldamar’s High Flyer, Dusty. 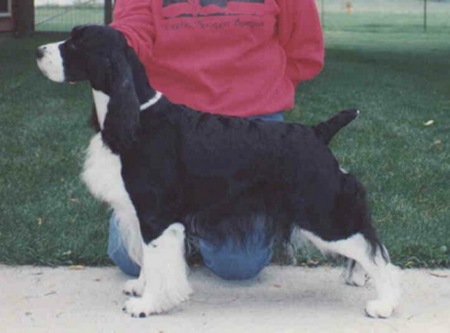 Chelsea was our pick puppy from our first litter. She had several Specialty wins on the way to her Championship. Chelsea is the Dam of two Champions sired by Ch. Qualwood’s Competitive Edge and our Hannah an ESSFTA Top Producer. 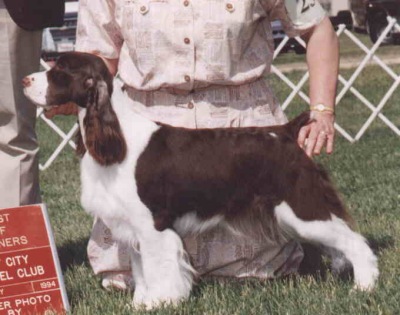 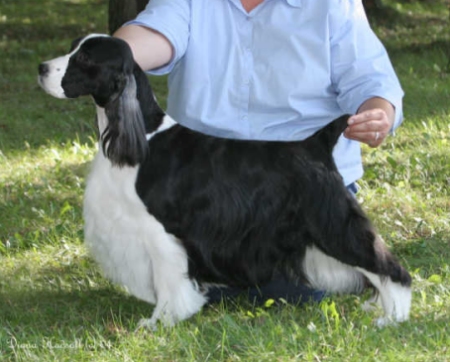 Katie is the ultimate show dog. She had several Specialty wins, ESSFTA National
Reserve Winners Bitch, Best Puppy at the Michigan Specilaty hosting the National.  WESSA Best of Winners and Sweepstakes winner.  Her legacy lives on in her daughter Ch. Cedarwood’s Oops-A-Daisy.  Katie is the dam of 2 champions. 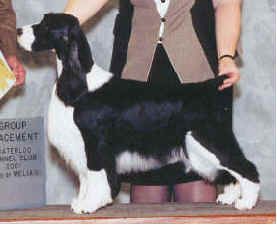 Mimi is the Dam of seven American Champions and four Canadian Champions sired by Ch ESSpecial Park Avenue, Parker & Ch. Cedarwood’s Jett Setter, Jett. She was the ESSFTA Runner up Show Dam of the year in 2004 with six Champions.  Mimi was a top ten Bitch in Groups for 2001. 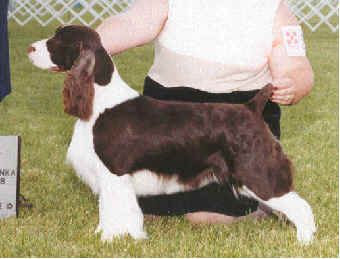 Sunny is the result of the repeat breeding of Hannah to Dexter that produced our
beloved DJ. Sunny has a great personality and is always willing to please. She is about the dearest dog I’ve known.  Sunny is the dam of four champions with more to finish sired by Ch. Rendition Autumfire Armstrong, Lewis. 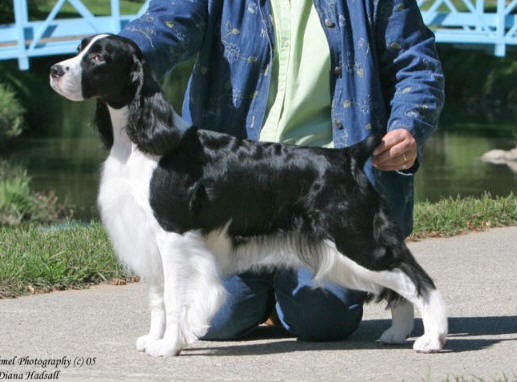 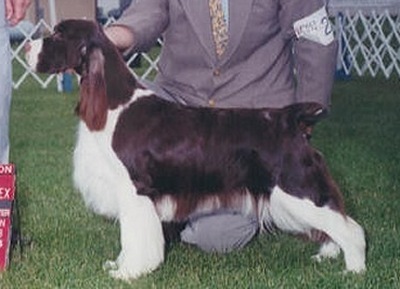 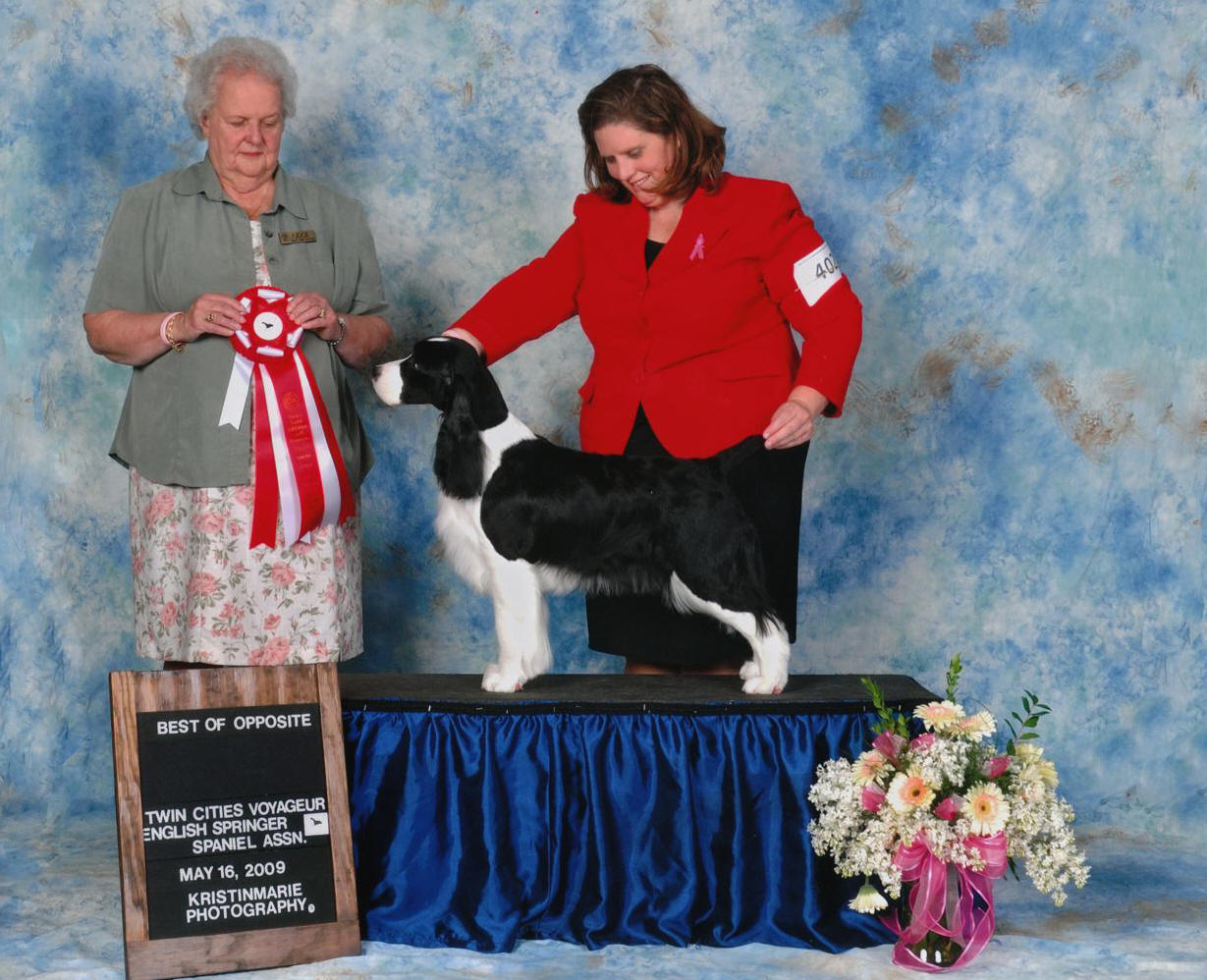 Rita finished her American Championship with 3 – 5 point Specialty Majors. Her last major was in Dallas, Texas show before the National where she went Best of Winners over 200 dogs. Rita was bred twice and is the Dam of three Champions.